If there’s one thing our breakfast and brunch restaurant knows, it’s the morning meal. There are so many culinary delights for that daylight meal, and humans continue to get creative as can be when it comes to breakfast foods. They say breakfast is the most important meal of the day, and anyone who disagrees with that has clearly never had Belgian waffles. Or a smothered breakfast burrito. Or sausage and biscuits and gravy.

But where do all these delectable dishes come from? And even more importantly, where can we find them? Have no fear—Taste Local is not only your brunch restaurant of choice in Loveland, but it’s a resource and guide to the best and brightest of the fantastic breakfasts out there. Learn about some of the breakfast standards and standouts, and stop by our brunch restaurant in Loveland to try some out!

The biscuit has been a food staple for centuries, and its evolution has not only been interesting, but much appreciated. That is, unless you enjoy eating hard-as-rocks biscuits like they used to “enjoy” in the 16th and 17th centuries. Biscuits were near the consistency of stones, which was not super great, but made for a durable food source. This was especially relevant in the era of circumnavigation and exploration—sailors and passengers needed something that could last, and these biscuits fared better than most foods.

In the southern United States, biscuits and gravy became popularized during slavery. This was a meal that was cheap to produce and could sustain those who were enslaved throughout their days of forced labor. Even after slavery thankfully (and rightfully) ended, biscuits and gravy continued to make their way onto tables in Southern kitchens everywhere. In more modern times, biscuits and gravy have ranged from diner classic to high-end brunch favorites. A solid and savory breakfast, there are entire restaurants now devoted to biscuits and gravy.

One of the best places to find some delightful biscuits and gravy? Right here in Loveland. Our homemade biscuits and sausage gravy with garlic potatoes are exactly what you need to welcome in Sunday morning. Stop by our brunch restaurant for an instant classic. 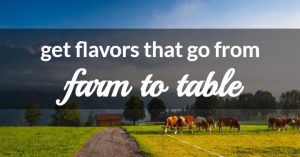 Toast is one of the simplest, easiest breakfasts you could possibly make, but that doesn’t make it any less delicious. In fact, a perfectly crunchy piece of toast with a slather of butter and/or jam on top is overall an incredibly good time. But why exactly do we almost instinctively reach for the toaster, and simply know that this meal is going to be a fabulous one? Who started toasting bread, anyway?

It was the ancient Egyptians that created bread that’s most similar to the bread we’re used to today. Back in 3000 B.C., leavened bread was baked in ovens in Egypt, and then eventually “toasted” again as a means of preserving it. Toast, albeit much more stale and crunchy after a few days, could last longer than plain bread on its own. Toasting bread became a more famous trend in the Roman Empire, for the same reasons. In fact, the word “toast” comes from the Latin word “tostum,” which means “to burn or to scorch.” The trend stuck, and the late 1800s is when the world saw the first electric toaster created. Bread is already a good time, but the world caught on quickly to how fantastic toast is.

Alright, we know that toast actually came from the Egyptians and Romans, so French toast must obviously come from France, right? Not quite—it was the Romans once again, proving that they are apparently the origin of breakfast as we know it. There’s a collection of recipes from the 5th century A.D. from the Roman Empire, known as the Apicus (which, side note, would be so interesting to read). The Apicus included a recipe for French toast, called Pan Dulcis (sweet bread).

Yet the “French” part of its modern name did have something to do with France. In the 15th century, it was referred to as “lost bread,” meaning people took the bread that was stale or about to go bad, and made it fresh again by soaking it in a milk and egg mixture. In many places around the world, the “lost bread” or “pain perdu” name is still referenced, but regardless of name, the concept is the same.

At Taste Local, we go all out with this concept with our version of French toast. With a churro base and a sweet cream cheese drizzle, this breakfast is nothing short of divine. Paired with a cup of coffee, your day can only go up from there.

You can’t say “breakfast” without saying “eggs.” Well, you can, but that’s not really the point. Eggs are the epitome of brunch and breakfast, the foundation of the meal itself. In ancient times, chickens were raised more so for their meat than their eggs, but this began to change in some societies around 1400 B.C. Many records show that Christopher Columbus’ second trip to North America brought what might have introduced the first chickens that were used for laying eggs. After which, the trend stuck.

Today, there’s so many varieties and version of egg dishes. Brunch restaurants will be noted for their contributions for continuing the popularity of eggs, such as with eggs benedict, omelets, and more. At Taste Local in Loveland, you can get eggs served up any way, or you can try our egg bake with pesto and mozzarella. We recommend both options, but you should try them yourself just to be sure.

There’s something incredibly comforting and satisfying about a breakfast burrito. However, what we consider burritos in the United States are very different from an authentic Mexican burrito. The concept is similar, in that a tortilla encloses and wraps a filling comprised of meat, cheese, and beans. But in many restaurants in the US, there are usually at least a dozen other things that make up the filling, such as rice, potatoes, and in the breakfast burrito world, eggs.

If there’s one thing you’ll notice about these fantastic breakfasts and where to find them, it’s probably that we can provide all of these at Taste Local. We prepare our breakfast dishes with sustainable and local ingredients, meaning you’re guaranteed the freshest of flavors. Stop in our brunch restaurant to try them all!